From Calamity Mod Wiki
Jump to: navigation, search
THE LORDE 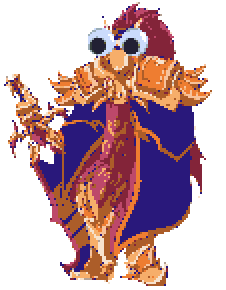 THE LORDE was a post-Moon Lord joke superboss that is no longer available in the mod. It was to be considered one of, if not the most difficult boss in the Calamity Mod.

It was summoned by using NO (currently known as "SYNTAX ERROR"), which was dropped by Bohldohrs in the Jungle Temple after Supreme Calamitas had been defeated.

Every single frame, its AI had a chance to change into another AI. All of the possible AIs it could change into were vanilla AIs. This also meant that it could potentially spawn other enemies, like boss minions, or even despawn due to how the AI works.

While THE LORDE was alive, all damage that the player received would be multiplied by 6.9, and taking damage from any source would inflict the NO U debuff on the player, which completely disabled the player's armor and accessories.

When THE LORDE's health fell to or below 500,000, it stopped taking damage from any attacks. This effect disappeared after 100 seconds, rendering it vulnerable again.